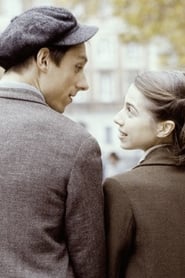 Shortly before his death in 2009, Marek Edelman, former commander of the Warsaw Ghetto Uprising, was interviewed by director Jolanta Dylewska about a seldom-discussed part of life leading up to the Holocaust: love. Sharing stories from his memoir And There Was Love in the Ghetto, the esteemed surgeon and activist reflected on his own and others’ brushes with tenderness, passion and yes, lust. Becoming visibly frustrated on camera, Edelman puzzles why anyone might be surprised that love became basic to survival. While the world around them went mad, Jewish men and women had to allow good and beauty to exist alongside the hatred that surrounded them. In stunningly recreated scenes co-written by eminent filmmaker Agnieszka Holland and co-directed by the legendary Andrzej Wajda, this captivating look back into one of the darkest corners of history comes to sensual, brilliant life. – Myrocia Watamaniuk

Original title Marek Edelman... and There Was Love in the Ghetto